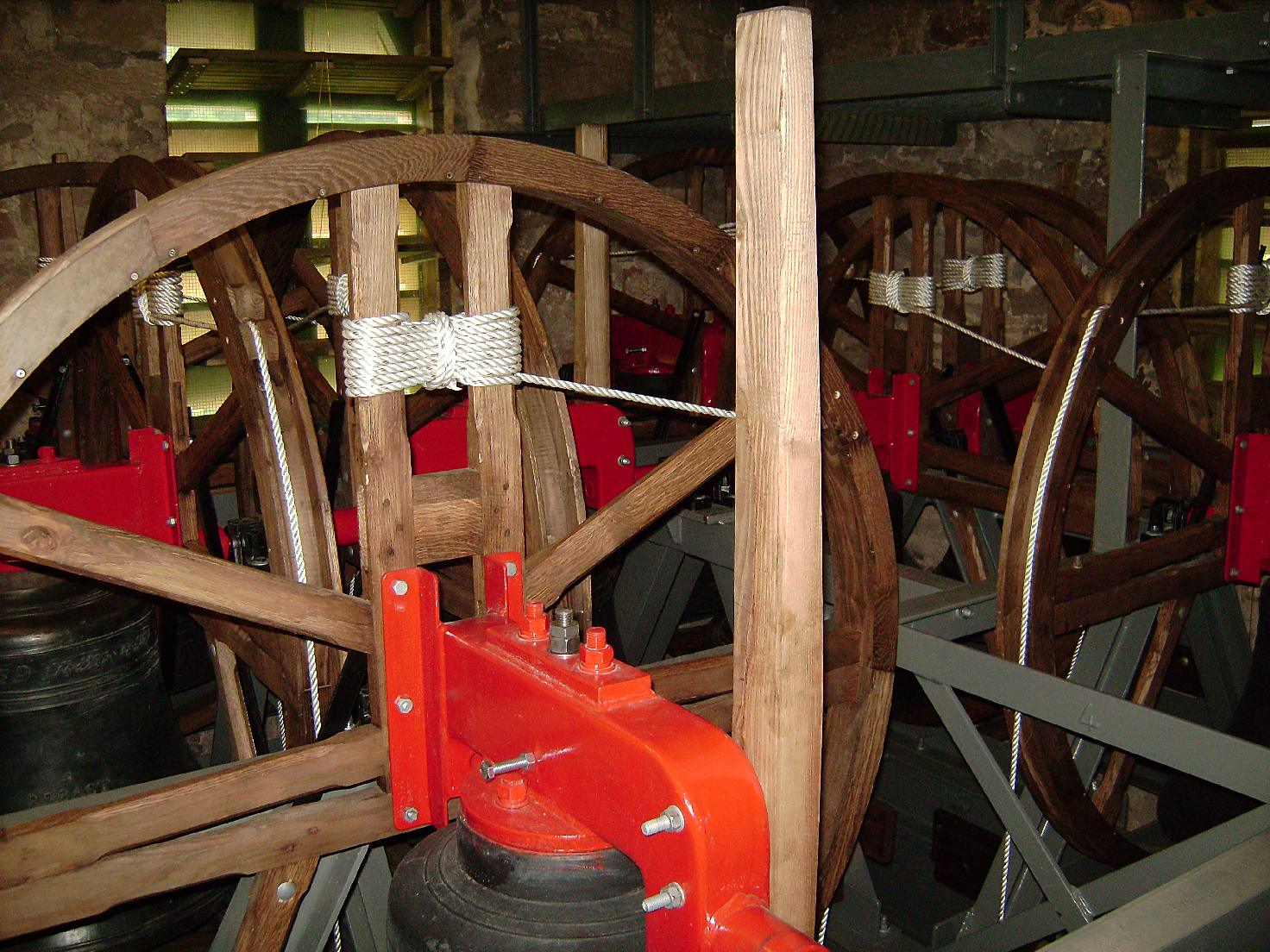 The predominantly Norman tower of Morville Church has contained bells for as far back as the local records go. In medieval times it was known that there were four bells. These were mentioned in an inventory of parish property dated 1539 following the dissolution of the monasteries, by which time Morville’s Benedictine Priory had already fallen into a ruinous state. These four bells were recorded again in a survey of Shropshire bells of 1730, but in 1759 the parish splashed out on a brand new set of six, cast in Gloucester by the famous Rudhall Foundry. These were hung in a locally built oak frame. In 1854 the tenor (largest) bell cracked and was recast by the Whitechapel Bell Foundry in London. These six bells were in regular use for almost 200 years until the mid1950’s at which point the condition of the frame and fittings led to them being declared unringable.

The bells were silent, despite several attempts to launch restoration schemes. Then in 2006 a small group of enthusiastic villagers decided that they would like to learn to ring and get the bells going again. They began to take lessons a nearby tower and launched a campaign to raise many tens of thousands of pounds for the project. Thankfully it turned out to be a hugely successful appeal. During 2007/8 a total of over £100,000 was amassed from the fundraising, personal donations and grants. So in May 2009 the six original bells were restored and reinstated on a new steel frame. Two new bells were also added to make the tower an eight-bell tower. The end result is a very fine set of bells that are rung from the new first floor ringing chamber, attracting ringers from all over the country.