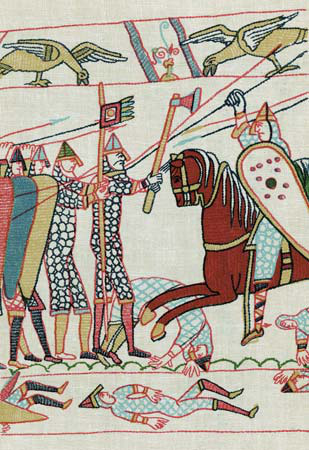 Around 1086 one of William the Conquerors principal counsellors, Roger de Montgomery, the first Earl of Shrewsbury, granted the church at Morville (known then as Morfeld) and, more importantly its revenues, to his new Benedictine abbey at Shrewsbury. The monks re-built the Saxon church establishing a priory and
dedicating it in 1118. You can see the date above the vestry door.

Since that time life in the village of Morville has continued as a rural community but impacted by national events which are reflected in the church. The priory ended and the monks left when Henry VIII dissolved Shrewsbury Abbey in 1540 followed by Tudor times, the English Civil War and latterly the wars of the 20th century.

There are reminders of these and more events in this church which has been a place of worship for 900 years.

How was the anniversary celebrated?

The 900 anniversary provided an opportunity to involve the local community in a project that enhanced the interpretation of the many historic features of the church and celebrated the life and history of the village. Morville PCC is grateful to the Heritage Lottery Fund for assisting the project by award of a grant made possible by money raised by National Lottery players.

This is what was achieved:

The church of St Gregory the Great welcomes many visitors over the course of the year, and volunteers are frequently asked about its historic features.

A board outside the church provides visitors with details of the building and its origins.

Internal display boards have been introduced to describe various artefacts within the church including the medieval font, two chests with historical connection to the Civil War, Norman window, Tudor wood carvings and the original church door with its ancient ironmongery.

Photographs, memorabilia and press cuttings have been collected and maintained by a local resident, providing a picture of the local community over the decades. “Morville Memories” are being displayed on a large screen in the church which provides a more space and allows members of the local community to add to the collection.

A short history of Morville, written by the Church Warden of the time, Barry Jenkinson, incorporating many anecdotes of the local community is available in book form for members of the public to take away for a donation.

A framed list of the priors, vicars and incumbents who have served the Church of St Gregory the Great between 1118 and 2018 is now on permanent displayed in the church.

Pupils of Morville CE Primary School provided art work to create a timeline of 32 boards depicting key historical events that have impacted the village of Morville. The timeline was displayed in the church against the north wall of the nave.

A church banner of St Gregory providing a lasting artefact in the church.

Embroidering nine kneelers to reflect the 900 years anniversary. A set of church kneelers were embroidered by nine local volunteers using three designs drawn from aspects of the church. These have been placed along the altar rail for use by the congregation.

A time capsule, filled with items depicting life in 2018 including a local newspaper, village newsletter, coins, stamps etc, has been buried in the church to be opened in 2118.

Morville PCC is grateful to the Heritage Lottery Fund for assisting the project
by award of a grant made possible by money raised by National Lottery players.